Tin soldiers, how to do it

It was such an important principle, that as the years progressed and health care costs escalated into outrageous proportions, he insisted on paying for the vast majority of our employee's health care coverage. Sounds like such a small thing but it was so important for him to take care of a soldier's family. No, not a financial risk taker, he was a risk taker in the issues of life that matter the most, he was a risk taker with people. He took risks on people when they were not worth taking risks on. He knew that investing in people is not a gamble but a long-term commitment.

To him, there was no hierarchy. There were no have and have-nots. This was Merv's greatest gift to us. His generosity of spirit. To treat others with compassion and kindness. And to laugh generously. They said at Express headquarters you could always tell when Merv was visiting because you could hear him and Bob cackling from down the hall.

He was incredibly positive. The torch is being passed to us to risk ridicule for the sake of compassion. To laugh often, to love much. To risk being misunderstood for the sake of kindness. Do you know how mortified Merv was of the nursing home? He not only had Koleata Jane in his life but he then met LeeAnn. And LeeAnn, I know you know this, but you were a beacon of hope for him at first, and then you became his friend, and then - his love. Over twenty years ago, Merv walked back to the warehouse with his Bible in his hand, pointing to a passage and said to me, "Bob, I want this read at my funeral.

Merv was fond of citing poetry. The metaphor of "crossing the bar" represents traveling serenely and securely from life through death. When a ship would leave the shallow waters and head into deeper waters, the hull of the ship would cross the sandbars, and when it did, it made a moaning sound, like grief.

Of course, we will, grief is a bridge, we will travel back and forth on it, from joy to sadness, and back and forth again. But Merv would want us to stay on the joyful side of the bridge as much as we can. Also, in the poem, the pilot was always on board, the ship was never without a pilot, it just seemed so at times. Two of our own children had cancer.

Up until that moment, I was just another counselor, none of the kids in the room knew my story. Among the kids, emotions were raw because there was a camper that was very special to everyone who passed away and did not make it to camp that year. 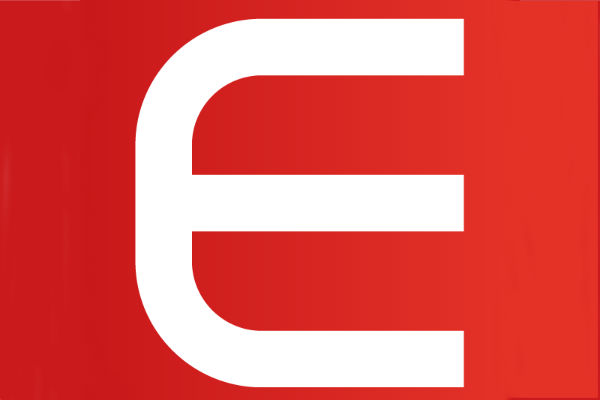 When the casino struggled at first, Siegel used millions of dollars from mob investors to prop it up. A Gallup poll famously predicted that Thomas E. They do not, however, include George M. An older man named Ron Franz even offered to adopt him; Mr. And yet, and yet, so often a funeral does not add up to anything greater than the sum of its parts. He went on to make flagrant power moves , courting the press all the while. His obituary in The New York Times, published on July 23, , is remarkable for a level of catty candor rarely seen in American news obituaries of the era — traditionally staid, reverential documents — and, very likely, of any era.

By their deaths, they teach most. They lead us beyond what we know, and what they knew I lay on the floor beneath the glow of the cast iron stove. Burlap bag as blanket. Brown zafu as pillow. Angled above me, V. The fire in the metal box dances above the wood rather than within it , making light shimmer against the yellowed pages. It is Sunday.

Sunday nights have a separateness about them.

It is a threshold night, a tipping point night. It is capstone and eve of beginnings. It almost always comes later and most always with the writing. Distance fosters illumination.

I hear coyotes all around. Two or three packs yelping a heinous chorus. Last week, the lake lay frozen. They stalked the ducks toward the center, remnants of feathers the remaining remark. Last night, a fox attempted to make off with one of the chickens. Coyotes disembowel their prey on site; foxes retreat with their meal back to their den.

On the flipside, sparing civilians, sparing Malfurion because he wasn't brought down honorably, and having Darnassus as a hostage all gives reasons for the Kaldorei to treat with the Horde later; it shows that this invasion wasn't personal , it was a tactical decision to secure their lands and it gives them something to bargain with. Killing their hope, however she does it, undermines the ultimate goal of removing the Alliance presence from Kalimdor by way of splitting the Kaldorei off from the Alliance, unless Sylvanas' plan was always to use them as hostages and then commit genocide; which it might have been, she's clearly got something shady in mind that she alone knows about.

They really should have made more of an effort to add some of this into the game. The vast majority of players will never see or read this and therefore miss out on a significant portion of relevant information about events in the lead up to launch. It goes to the motivations of Sylvanas and the cohesion among the Horde leadership and I'm only halfway through the Horde one They had plenty of time to get more detail in the game and it's annoying I have to read outside of game to understand core motivations.

Thank you, I feel like we are just being told that killing Malfurion was a good plan and an important part of the plan or that burning the tree is the correct response to a failure to accomplish that but have seen nothing that makes it good or vital.

Holding Teldrassil hostage is a seemingly smart plan for splitting the Alliance leadership because its easy to understand hostages and leaders demanding different things. Burning it does the opposite of everything she claims to want and even killing Malfurion seems to be agaisnt her stated plan. It seems like shes just evil and wanting death or we're in a point of the story that no matter what Sylvanas does, it works out.

And both kinda suck. So we get another novel? Not something Blizzard would tell ingame, that's for sure. There were a lot of little hints scattered throughout the horde story that suggest that Sylvanas has a larger plan, and that this was always going to end in slaughtering the Night Elves. For instance, the bit about how soon Nathanos would be spilling blood in Darnassus, or Sylvana's inner monologue before she gives the order to burn the tree where she mentions that she knew it would come to this eventually.

On top of that, the Alliance story just shows how her plan to divide the alliance would never have worked anyway. Anduin specifically worries about the Horde holding Darnassus to drive a wedge between the Alliance, and Genn says he's an idiot to think that would ever happen. But that's the thing, the plan was to have PART of the Alliance leaders go nuts and attack on their own, cause a rift in the relationships with the rest.

Have Genn, known for his anger and impatience, go off and attack the Horde on his own and lose, severely weakening the Alliance.

I've seriously been really confused by so many people claiming that Sylvanas' reasoning for burning the tree was justified by her plan to destroy hope. That seems like such flimsy logic, since you could easily say that committing such an atrocity burning the tree and killing countless amounts of innocents, including children would push the Kaldorei to not just want to defeat the Horde, but to completely crush it, killing every man, woman and child that is a part of the Horde.

Also, even if I could accept that burning the tree held any actual strategic value, there was absolutely 0 reason to burn the tree while the citizens were still inside. The Horde had won and were about to occupy the tree. They could have evacuated all of the civilians out of the tree and then burned it. After that, they could have sent some of the civilians who saw the burning back to the alliance so that they could tell them. That way, they would be able to take the "hope" of the Kaldorei, while still having hostages that they could use in any way they saw fit. I don't care if Sylvanas does something underhanded.

As long as it has strategic value, she could even do something horribly cruel like using the hostages as shields to make the Alliance army hesitate to attack. My issue with what Sylvanas did was that it was needlessly evil. There was no actual tangible benefit to the act. Saying that it was to destroy their hope really feels like a cope out to me that doesn't actually mean anything.

She wanted to kill malfurion or tyrande or both to upset the power balance between the horde and alliance. By burning the tree she accomplishes two things: first shows that the horde are not going to be pushed around. And two, it drives a wedge in the night elves.